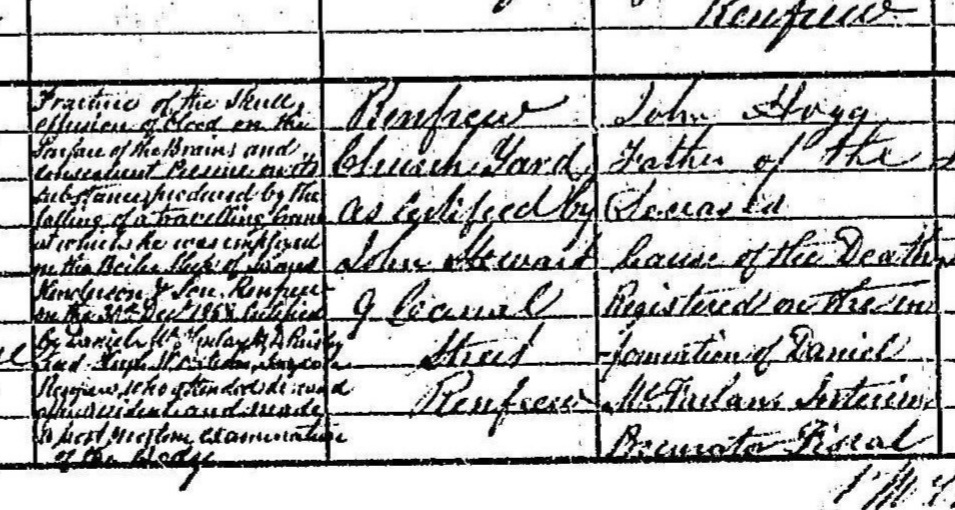 Every so often something unexpected turns up when doing your family history. While researching the Hogg family of Renfrew in the late 18th and early 19th Century i came across the death of James, shown here. His father was a weaver and they lived at 114 High St, Renfrew. James died with head injury after a traveling crane fell on him while at work at the boiler maker, James Henderson and Sons, Renfrew on the 30 Dec 1858.

I’ve still to decipher most of the text in the cause of death box, but it is interesting reading.