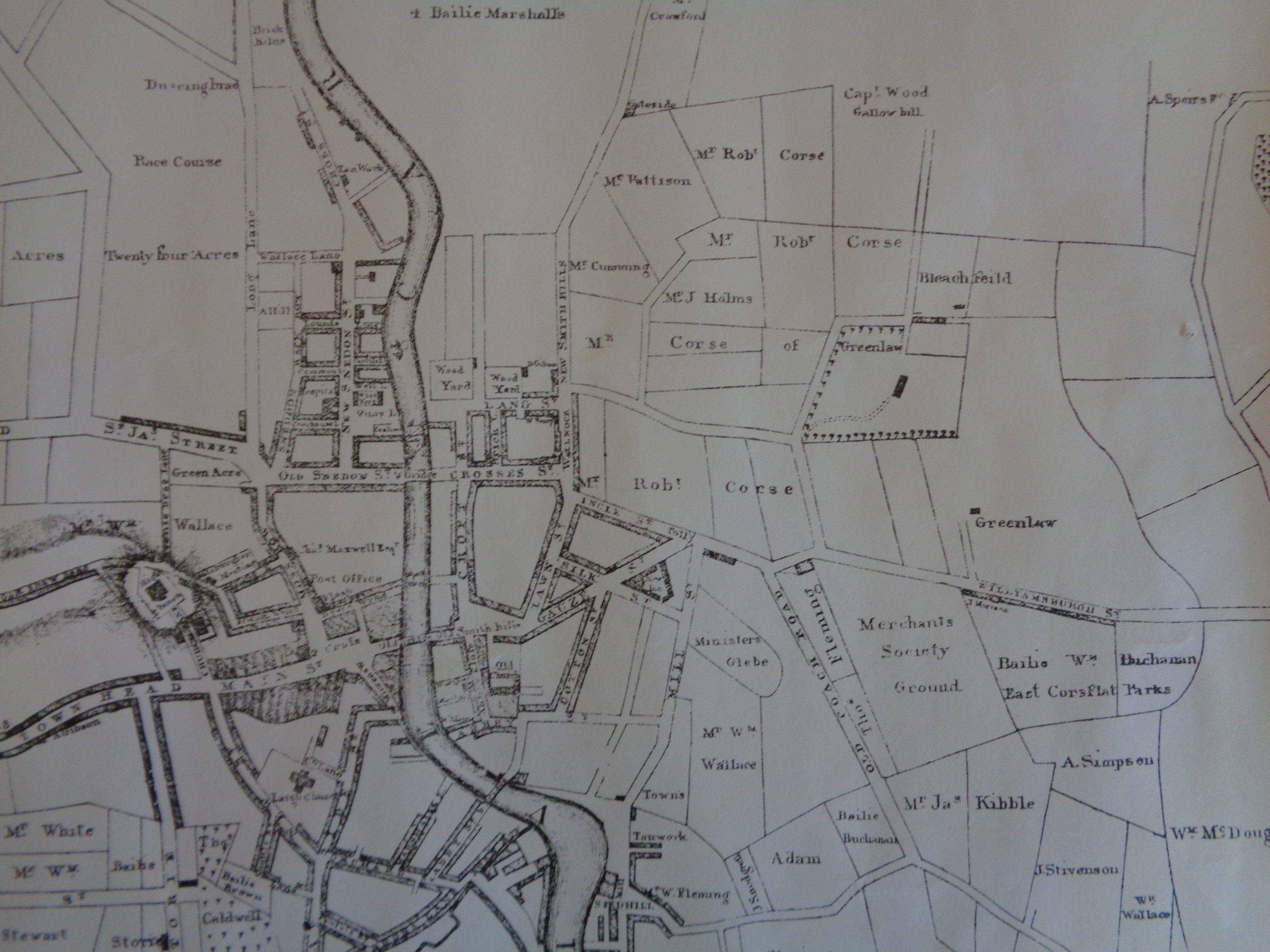 On the 1st of March 1838 Messers Barr and McNab of the Abercorn launched the first ever steamer built on the white Cart. This iron boat was 38.1 meters in length a breadth of 4.27 meters and had a depth of 2.84 meters. The hull weighed 45 tons.

The Royal Victoria was pulled by by block and tackle, on rollers from the Abercorn Yard to a field opposite Carlile’s thread mill where she entered the water broadside. As she entered the water several guns and a small cannon were fired, and thousands of spectators on both sides of the river cheered. Provost Drummond named the ship and broke the bottle, naming her the ‘Royal Victoria’

The canon used accidentally burst, injuring a a young boy, who later died.

On the 3rd March a letter was sent by the Provost to Lord Melbourne PM, where he states that in line with the an act of Parliament 2 years early, he was pleased to report that the Cart was now navigable from the Clyde to Paisley, and asking him to inform her Majesty the Queen of the launch of the ‘Royal Victoria’ to show her the esteem in which she was held by the people of Paisley.

A few days later on the 6th March an answer was received from Lord Melbourne:

Sir,
i beg to acknowledge your letter of the 3rd instant, which I have received this morning. I have without delay submitted it to Her Majesty. she was pleased to express herself most gratified by this demonstration of affection and attachment of the inhabitants of Paisley.

your faithful and obedient servant,

On the 13th of April, 1838, the “Royal Victoria” got up steam and went down the river. She ran from the mouth of the Cart to Greenock in one hour and a quarter.  The figurehead represented the Queen with a scepter in hand and crowned, although the coronation ceremony had not then been performed ; the stern windows had a portrait of the Queen, above which was the Regalia, and the Paisley arms below. On the 25th of April, 1838, the following advertisement appeared: 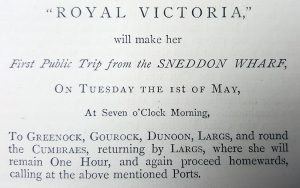 The encouragement given to the ” Royal Victoria” was not sufficient to maintain her on the Cart. She was soon, therefore, withdrawn from that river, and ran for a time between Glasgow, Largs, and intervening ports. In the month of June, 1838, she was advertised for sale.