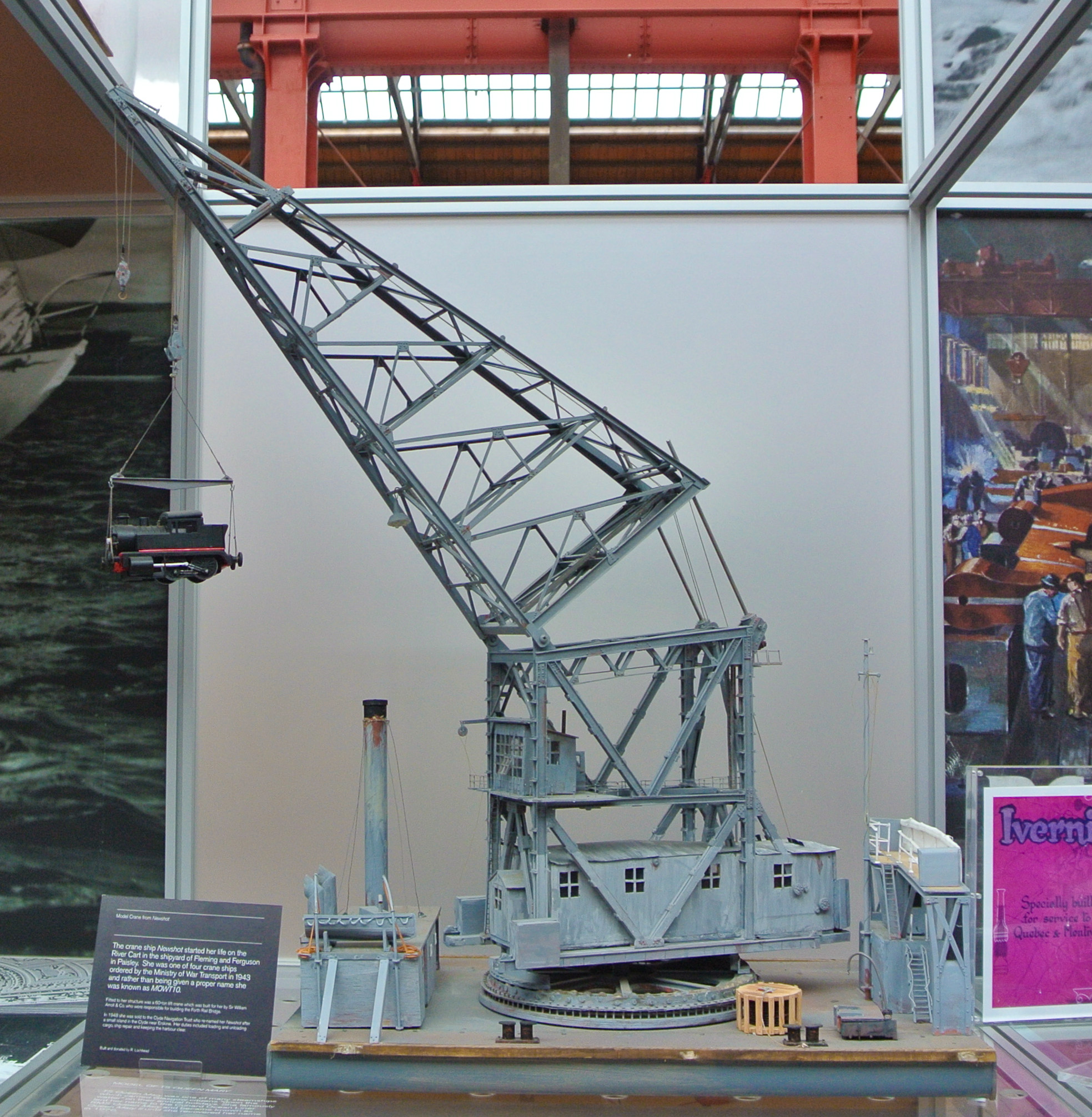 Today if you mention Paisley ship building to residents or visitors they are very surprised.  Paisley’s ship building heritage has a long history, from building canal boats at Saucel, to numerous ship yards on the White Cart.

Fleming & Ferguson has its origins in 1885 when William Y Fleming bought over the Phoenix shipyard of H McIntyre & Co.  William Y had started his own engineering works in 1877, and  a year later moved to larger premises in Murray Street.  When he  purchased the Phoenix yard from Hugh MacIntyre he closed Murray Street.  In 1895 Ferguson joined the firm and it was renamed Fleming & Ferguson  and they entered the shipbuilding business in full.   In 1903 Ferguson broke away from the firm and established Ferguson Brothers in a yard in Port Glasgow.  They believed the paisley firm was going to fail.

The yard specialised in vessels harbour construction and maintenance.  Dredgers, hopper barges and smaller vessels were often seen being launched in Paisley.

In 1965 the yard was purchased by American Marine & Machinery Co., but the companies assets were purchased by Alexander Stephen Engineering Ltd of Glasgow.   In October 2001 Fleming & Ferguson was dissolved as a company.

The “Newshot” a model of which is pictured here, began its life in the Fleming & Ferguson yard in Paisley when it was ordered by Ministry of War Transport in 1943.  It was one of four crane ships ordered and was given the name MOWT10. The 60 ton crane was built by Sir William Arrol & Co.

After the war, MOWT10 was sold to the Clyde Navigation Trust who renamed her “Newshot” after the Newshot Island  close to Erskine.  The model in the picture was built by R. Lochead and is on display in the Scottish Maritime Museum in Irvine.