The Weavers of Kilbarchan project aims to investigate the weavers of Kilbarchan Parish from the 17th Century through until the 1921 Census. In addition to the census information the project will also use contemporary 17th & 18th Century records such a Poll Tax, Hearth Tax and other Tax rolls to trace the rise and fall of the weaving industry within the parish. 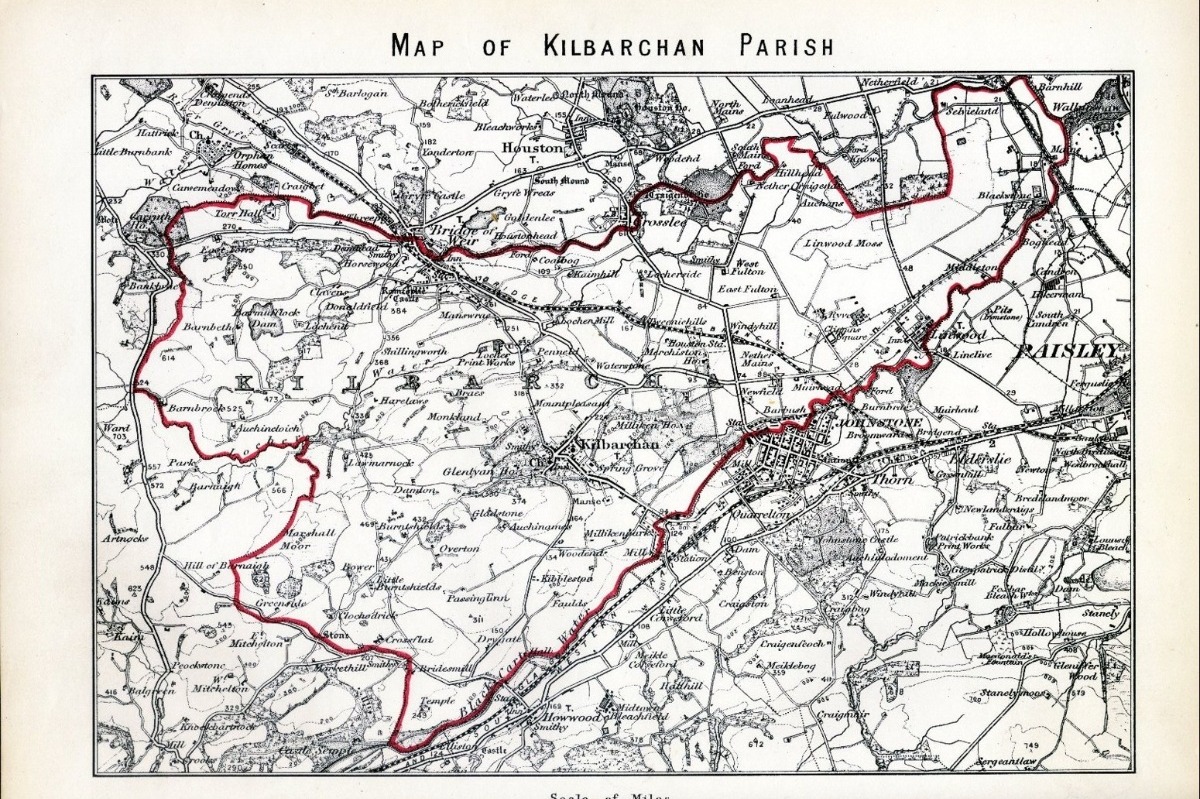 As you can see from the map above Kilbarchan is  a fairly large parish.  The parish is enclosed by the red line.

Weaving became the main industry of Kilbarchan during late 18th and early 19th Centuries and many of the houses in Kilbarchan village today have ther origins as wavers cottages, though only one still survives witha working loom – the National Trust for Scotland’s Weavers Cottage on Church Street. 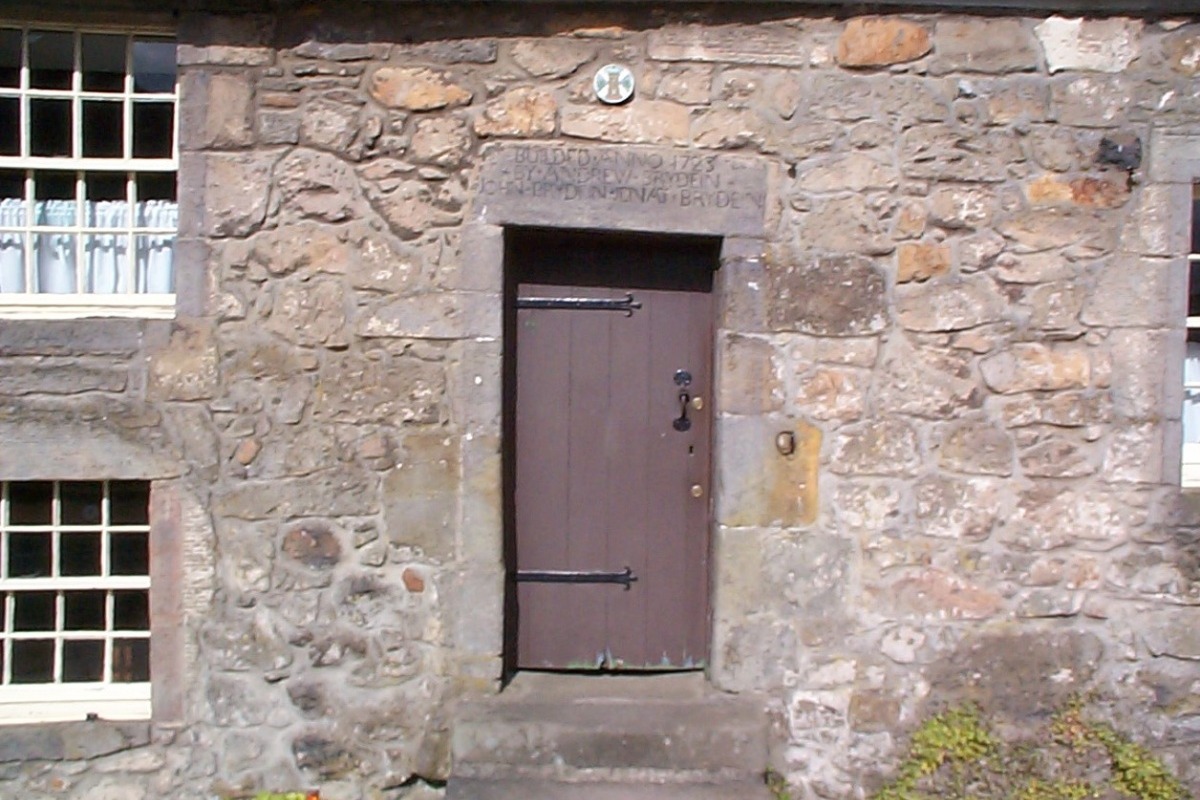 Entrance to the NTS Weavers cottage with a 1723 date stoneabove the door. 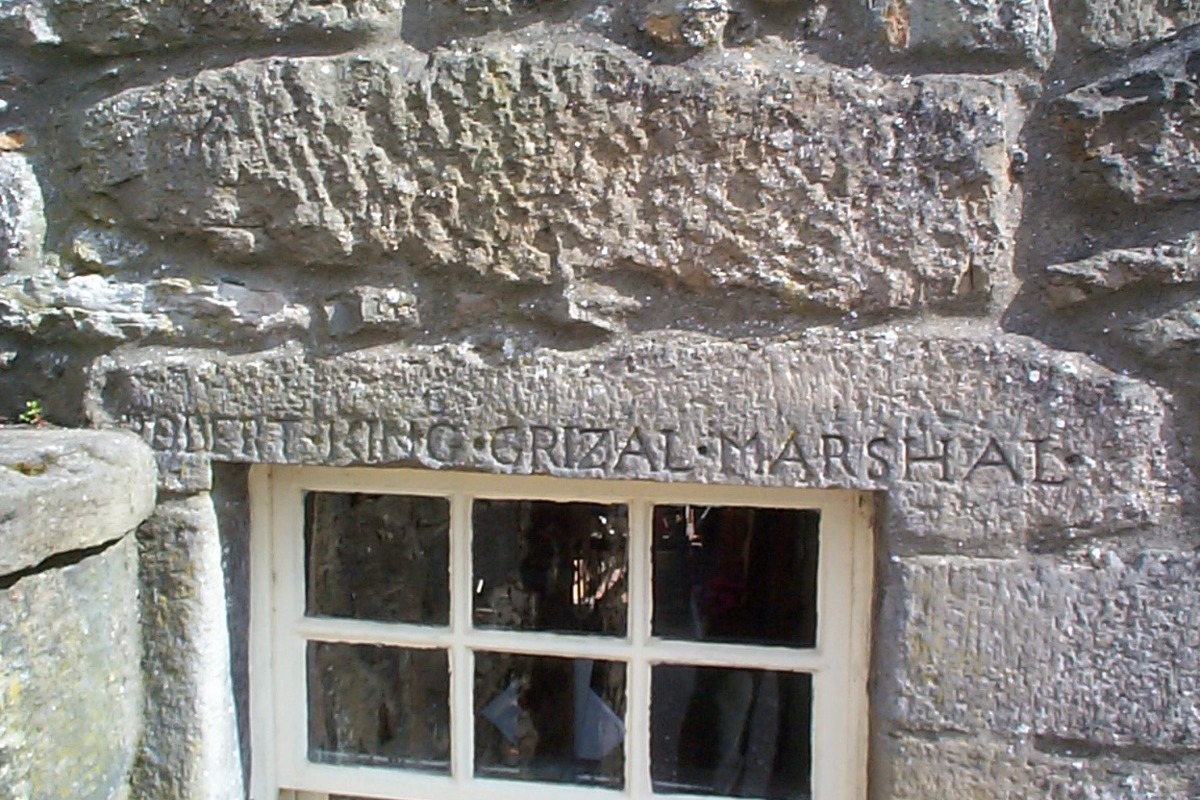 This is a smal window looking into the loom room at the weavers cottage, but it was originally a door into the wesving shop, with a marriage lintel for Robert King & Grizal Marshal above it.

The Weavers of Kibarchan historical research project aims to investigate everyone in the parish of Kilbarchan who worked as weavers and where they lived.

Funds received will go directly to the research and support of project website.   To access the Scottish Census records at the ScotlandsPeople centre in Edinburgh costs £15 per day along with travelling expenses of around £25  (£40 in total per day)  It is hoped that once the pandemic restrictions are relaxed, and the ScotlandsPeeople centre reopens most of the research can be carried out there.

Research can be carried out online via scotlandspeople.gov.uk at £40 or 160 Credits which allows 27 census records to be looked at, compared to unlimited views in the centre.

Funds will also be used to produce a final publication.

Why we want to do this project
While preparing a talk on the weavers of Kilbarchan in 2019 it became very apparent that previous research has focused on the weaving processes and the buildings associated with the industry and not the people. Being a genealogist as well as a historian made me start thinking of the people themselves – who were they? Can we put names to properties in the parish/ village? Can we trace the family connections such as children following in their parent’s footsteps or did they move into different parts of the textile industry in the area?

Through the project I hope to answer these questions.

About The Urban Historian

Stephen is a former chair of Paisley Thread Mill Museum and former member of the Renfrewshire Local History Forum. In addition to this he has also advised the Renfrewshire Tapestry Group on historical aspects of the old County of Renfrew along with other historical projects for Renfrewshire Council.

Stephen’s personal research interests include the rise of linen and cotton thread manufacturing industry in Renfrewshire & Paisley along with the history of the Anchor and Ferguslie Thread Mills in Paisley and their national & international domination.

Everyone who supports the fundraiser will receive the final report and updates on the project.

We appreciate the support of the community.

Be one of the first to help