This handsome Square, with its beautifully designed parterres and elegant retaining walls, was gifted to his native town in 1894: by Wm. Dunn, Esq.,M.P. for the constituency (now Sir Wm. Dunn, Bart.). The ground is laid off according to a competitive plan secured by Mr James Donald, architect, Paisley; the whole work costing about £9000. The space was formerly occupied by one side of Water Wynd (now St. Mirren Street), consisting of a number of old buildings which hid from view the magnificent Clark Halls. The removal of these gave an Open Space which for some years became an open sore in the community- one party wishing the Town to sell the ground for building, and the other advocating the keeping of it open for the benefit of the district. The generous action, however, of the distinguished donor relieved the Town Council of a difficulty, and effected an improvement at the Cross which all now regard as second to none in the town, and which is daily taken advantage of by large numbers. The statues, which occupy a commanding position immediately above the Square, are those of two honoured Paisley benefactors, Sir Peter Coats and Thomas Coats, Esq.

Above from the 1896 Guide to Paisley, Published by J & R Parlane

The write of the Guide to Paisley failed to mention that St Mirren Street it has been  called, was a relativly new street, built to replace the old St Mirin Wynd, which ran digaonally from Paisley Cross to forbes place, a street which occupied the whole of Dunn Square.  The images below from the RCAHMS Canmore Website show how St Mirin Wynd looked before it was demolished. 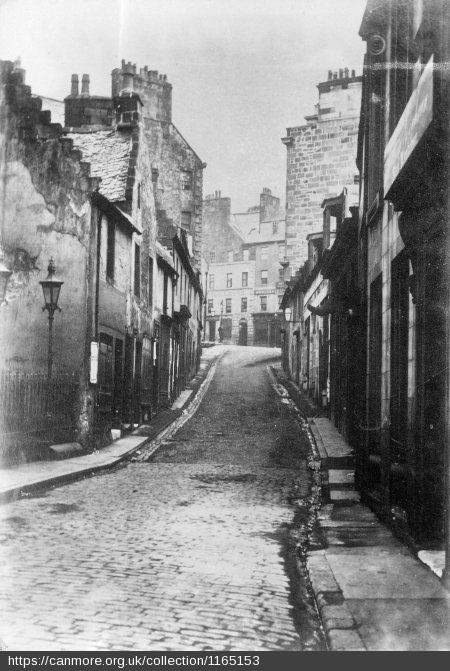 View of entrance to Causeyside Street from St Mirin Street 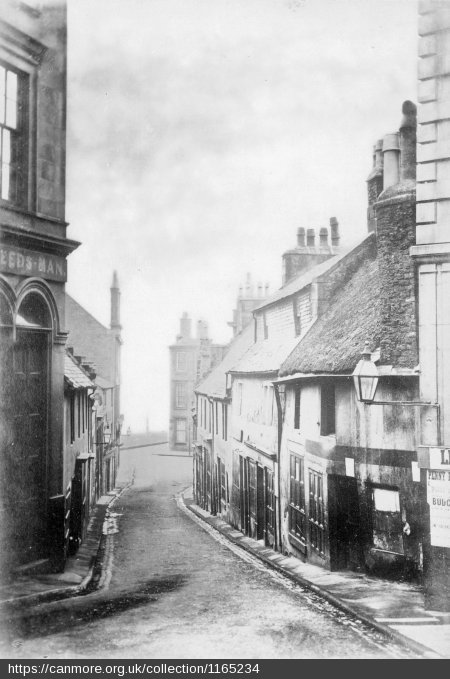 View looking down St Mirin Wynd , Paisley – The corner of Forbes Place can clearly be seen. 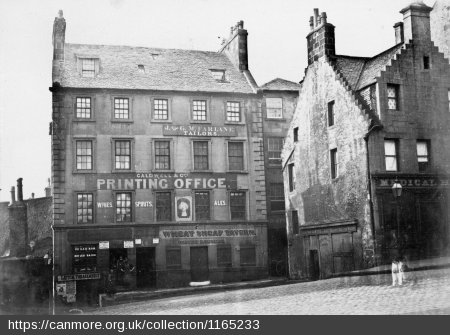 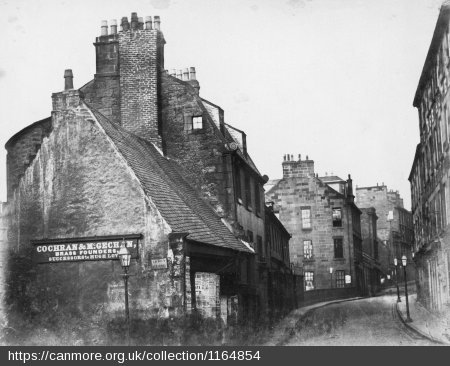